Ekol Logistics, continuing its fast growth in the European market, has made two new commissionings to key positions. Ragıp Alan, assigned as the new Sales and CRM General Manager while Wojciech Brzuskaassigned to Ekol’s International General Manager position. Alan and Brzuska, having started working at Ekol in February 2015, will also conduct their executive board duties as members.

Wojciech Brzuska, who took his office as “Ekol International General Manager and Executive Board Member“, is a graduate of Poznan Adam Mickiewicz University, English Linguistics. He also completed his MBA Program at Poznan University and then completed his Masters Degree of Management at ICAN Harvard Business Institute. With his vast 22 years of experience, Wojciech Brzuska worked at various firms including: Avis Rent-A-Car (1993-1994), Wasa Polska (1994-1996), ABCO/McLane Polska (1996-1998), Office Depot Polska (1998-2002), Raben Group (2002-2013) and lastly as Sales Director at Schenker Polska between 2013 and 2014. Wojciech Brzuska is married and has two children. 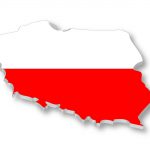 Ekol Keeps Growing With Its Latest Investments In PolandPress Releases