Ekol Logistics, as an ambassador for Earth Hour, the biggest worldwide event organized by WWF, will turn off its lights for an hour on the 23rd of March to raise awareness on the global climate change.

Ekol Logistics, setting forth with the slogan of logistics for a better world, has included one more work within the scope of ethics of respect for nature and sustainability. Ekol gives its support as an ambassador for Earth Hour, held annually by the World’s leading environmental organization WWF. Ekol will turn off its lights at its Headquarters at 20:30 on Saturday, 23rd of March in order to raise awareness to the environmental issues which the world faces.

By giving its support to Earth Hour, which was initiated by WWF in Australia in 2007 and has become the world’s biggest environmental movement with an increasing number of participation every year, Ekol displays its environmental awareness one more time. Earth Hour, which was participated by two billion people in more than 150 countries in 2012, raises public awareness on the environmental issues that threaten the earth, particularly on the climate change. The Project has the Bosporus Bridges as the symbol of passage from Asia to Europe whereas the historical landmarks such as Galata Tower, Hagia Sophia Museum, Dolmabahçe Palace and Clock Tower are included among the symbols as well.

Ekol Logistics, in its path set off with the slogan of logistics for a better world, has been sincerely supporting the works of WWF-Turkey for 3 years for the purpose of leaving a habitable world to the future generations. We are very pleased to be a supporter of Earth Hour, the biggest environmental event that raises awareness for the global climate change to create a sustainable future.

Ekol Logistics CEO Tayfun Öktem said in relation to the campaign organized by WWF-Turkey in our country. 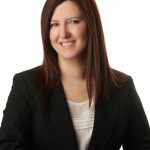 Ekol Shapes Its Human Resources With An Experienced NamePress Releases

Ekol Is Rewarded For Ethics!Press Releases