Achieving a rapid expansion of its service network in Europe, Ekol now is recognized with an award for the quality of its performance. Ekol is now named one of the “National Champions” for 2014/2015 to represent Turkey in the international qualifications for European Business Awards.

This is the 8th year of the competition, wherein 709 national champions to represent 33 countries, which is also a record-high number. RSM International will sponsor the event where 10 firms will receive Ruban D’Honneur awards. Held since 2007, the European Business Awards aim to foster the development of a more robust and more successful business world.

The awards are extended in the following categories: RSM Entrepreneur of the Year, Employer of the Year, Focus on Customer, Environment and Corporate Sustainability Award, Business Award of the Year, Import/Export award, BP Growth Strategy of the Year Award, and UKTI Innovation Award. The European Business Awards recognizes and encourages successful and innovative firms operating in Europe. Considered as prestigious as “Oscars” in the business world, the organization receives the support of leading reputable business people and scholars of Europe, as well as the representatives of media and politics. The organization awards the successes of the firms, aiming to serve as an element of incentive for their national as well as European level recognition. Another purpose of the awards is to assume a decisive role in shaping the future form and principles of the European business world.

On the naming as a champion, Ekol’s Chairman Ahmet Musul said:

“We are proud of being named one of the National Champions to represent Turkey for European Business Awards. It is also a clear proof that Ekol is a European firm. Our aim is to maintain our success in the ensuing stages of the contest as well.

CEO of European Business Awards, Adrian Triep, on the other hand said:

I would like to congratulate Ekol for being named one of the National Champions. I wish them continued success in the remaining stages of the awards. European Business Awards gets grows stronger each year, and we will continue in our mission, supporting European firms to reinforce their competitive edge. 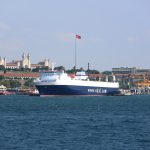