Despite not being an industrial enterprise, Ekol became the first company in its industry to voluntarily calculate its carbon footprint in Turkey and the European countries in which it operates, and verified it according to the international ISO 14064-1:2018 standard.

Thanks to intermodal transportation, a sustainable business model launched in 2008, which serves the low-carbon economy, Ekol reduced its carbon emissions and has saved a green space the size of 10 Istanbuls in the last 10 years.

Acting in line with its goal of being the “Best for the World,” Ekol has been a voluntary signatory of the United Nations Global Compact since 2007, and publishes a Progress Report annually. Furthermore, since 2012, the company has been calculating its Corporate Carbon Footprint in accordance with international standards, and systematically reporting the value it creates in its customers’ supply chain, while also expanding its service network with investments made in equipped with low-carbon technologies and equipment. Thanks to its LEED-Certified (Leadership in Energy and Environmental Design) facilities developed and commissioned with an approach for leadership in energy and environmental design, Ekol continues to invest in green ports and offices. Ekol continues its rooftop Solar Power Plant (SPP) project at its Lotus Facility, a green facility that boasts the largest storage space in Europe. As Turkey’s first logistics company to obtain the Green Office Certificate in 2014, Ekol designs all of its work spaces in accordance with the Green Office program.

In the concerted fight against the climate crisis, which has gained momentum thanks to the European Green Deal, Ekol calculates its greenhouse gas inventory in parallel with the carbon emissions and climate crisis commitments of the global manufacturers it serves. Accordingly, the company updated its Corporate Carbon Footprint for 2020 in accordance with the international ISO 14064-1:2018 standard, and verified its accuracy with the audits conducted by Bureau Veritas, an international independent audit company. Its Statement of Verification was a first in the area due to its coverage of all 84 locations involving both the national and international subsidiaries of Ekol, all transportation modes, and due to its Scope 3 depth and prevalence level (i.e. covering the supply chain). Its point of difference from others are its coverage of the services produced by Ekol (Scope 1), the emissions created as a result of the energy used to produce such services (Scope 2), and the emission calculations regarding the services provided by suppliers (Scope 3).

By registering such verification, Ekol transparently reported its approach to the fight against climate change as an element of sustainability strategy in the Carbon Disclosure Project, Climate Change category (CDP Climate Change), in which the company participated for the first time in 2021.

EKOL IS PREPARING FOR A GREEN DEAL: OUR GOAL IS TO ACHIEVE ZERO CARBON EMISSIONS IN 2050

Through the Green Deal, the European Union has created a new economic system in the fight against the climate crisis, and Ekol has conducted many pioneering works to adapt to it, adding, “As per the European Union Green Deal, we have started taking actions to reduce our emissions by 55 percent by 2030, and to contribute to our national objective to become a Climate Neutral continent by 2050. Our goal for 2030 is to reduce our total emissions (Scopes 1, 2, and 3) per total turnover (tCO₂e/EUR Revenue) by 55 percent compared to the carbon emissions in the base year 2020, and to reduce our total emissions created by the vehicles circulating in Europe by 75 percent. To reach our goal of becoming carbon neutral in 2050, we plan to adopt Science-Based Targets.

Even though this regulation primarily affects emission-intensive manufacturing industries, and does not yet have a direct impact on the logistics industry, we are aware that we cannot wait. Fifty percent of our exports are made to European countries. Twelve out of the 13 countries in which we operate are in Europe. Producing low-carbon services has become a must in trade. Our goal is to manage the process, not the results. This is why we adopted intermodal, a sustainable business model, in 2008. Transport makes up 65 percent of Ekol’s operations and 85 percent of this is intermodal. In addition, we use renewable and clean solar power for our warehousing services, which is our second-largest source of revenue. This allows us to reduce our carbon emissions along our value chain. Practices with regards to the Green Deal criteria are still not clear for the logistics industry. Sanctions are yet to come into effect. We proactively took our first steps without being obliged to do so. This world belongs to all of us. We have a motto for our new-term sustainability strategy: “For Life, the Time is Now” If we do not take actions now, it will be too late anyway. And future generations depend on our taking action now.

Ademoğlu also stated that Ekol, a company conducting the logistics of sustainability, aims to become a “Carbon Expert in Logistics” by providing consultancy services to its internal and external stakeholders with regards to its carbon footprint, and argued that the customers will therefore be able to focus on their core business, which will create a competitive advantage.

FOR LIFE, THE TIME IS NOW

Accordingly, Ekol is now kickstarting its Project 21 activities, as part of which sustainability projects will be shared under the umbrella sustainability strategy called “For Life, the Time is Now” Project 21 publications will help Ekol create a platform that will make the transformation in sustainability culture visible for all stakeholders.

The first event will take place on September 21, 2021 and will be moderated by Serdar Turan, Editor-in-Chief at Harvard Business Review Turkey. The event will host Ekol Corporate Sustainability Director Enise Ademoğlu Matbay. Matbay will share details about the Corporate Carbon Footprint Governance Program.

“Project 21” events will be celebrated as Sustainability Day on the 21st day of each month. These events will take 21 minutes in total.

Ekol also aims to raise awareness about how small changes made by Ekol personnel in their daily lives will affect the process of reducing carbon emissions at a global level. In line with its 21-day agenda, during which personnel will be gathered together via online activities, Ekol will also showcase the progress made in this area. 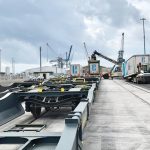