Gülçin Poyraz received her bachelor’s degree in Statistics from Hacettepe University, followed by a master’s degree in Econometrics from Gazi University. She began her career in 1984 and has taken up a variety of senior positions in human resources, operations, and IT at many companies. Poyraz joined Ekol in November 2016, and in August 2018, was appointed as Chief Human Resources Officer based on her extensive human resources experience. 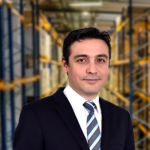 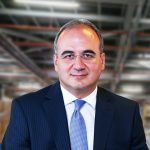