What Does Brexit Mean for The Logistics Industry?

The supply chain and the logistic industries are facing an uncertain future with the U.K.’s decision to leave the European Union.The logistics industry will be one of the hardest hit.It appears that the change of import-export procedures in the U.K. will force supply chain companies based here to alter their business models. Subsequent to Brexit, companies will initially have to update their current trade agreements and regulations.

A number of developments are in the making which will affect companies, including costs, border controls, trade agreements, and laws. Here are the issues that Brexit is expected to create in the logistics industry, and a roadmap:

According to the U.K. government, 44 percent of all exports find their way to the EU countries. So leaving the EU is like putting a dent in the U.K.’s GDP.The logistics industry is likely to suffer the very same results, which is expected to create a drop in demand for road transport. On the other hand, the U.K. may enter into trade negotiations with non-EU countries that may not be easily accessible by road. On top of all the said projections, trade models are expected to alter slowly in time due to capacity issues.

Even with no decrease in the number of trucks traveling from the U.K. to the EU, companies in the logistics industry will face stricter border controls. In turn, this will slow business, which will impact productivity.The manner in which border controls are modified will be a matter of high importance.

Transport and logistics industry laws will also change with the U.K.’s departure from the EU.This will necessitate modifications within the industry.

Brexit is likely to elevate operating costs for logistics companies. Customs duties may rise for exporters.This may hurt the bottom line, especially for third-party transportation companies, in terms of operational efficiency and profit margin. The issue of fuel prices is another concern. A weakened British pound may equate to higher fuel costs. 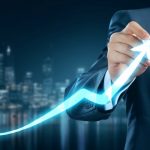